Seriously, just thinking about it makes me feel like this: 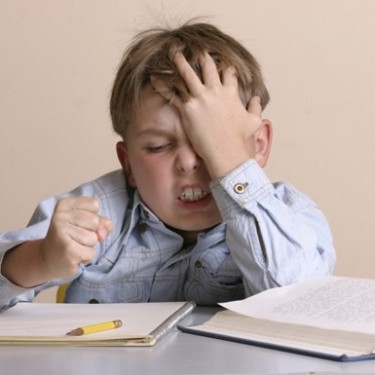 It’s similar to a one-legged man who has always dreamed of climbing mount Everest. He arrives at base camp and gets a taste for the effects of high altitude and the difficulty of, well, climbing the world’s highest peak with half as many legs as is typically needed. In other words, he gains an appreciation for the immensity of the task, and the romantic glow which accompanied the thought in his mind is replaced by a stagnant dread.

Recently I discovered that my brother is into writing electronic music, and being musically inclined myself, I asked him to show me how he does it. I figured I could take a look at the interface and whip up something decent sounding in a few minutes. Well, not so much. He uses an online interactive in-browser set of tools that is as expansive as it is complicated and intricate, from mixing boards to effects pedals to wave synthesizers and loops, each with dozens of settings and adjustments. I didn’t even know how or where you could even start putting notes down, never mind putting together something with any more complexity than The Itsy Bitsy Spider in C major.

Even if I could manage to produce a sound that I liked, and wrote a little hook, to think of building upon that layers and layers of individually tailored sounds and beats and loops, each requiring a mastery of minutiae, is just overwhelming. The effort required to focus all your faculties on tiny details all while holding in your mind a vision of the entire piece so that each created section fits cohesively within the whole is simply staggering. And writing a novel is just like that. In that sense, even the most basic and formulaic novel is an impressive achievement, never mind creating believable characters that draw you in emotionally, scenes that play out in the readers’ minds with 1080p clarity, story arcs that are suspenseful and thrilling, and a depth of humanity and honesty that moves the work from mere entertainment to literature.

Maybe, I hope, I’ll get there someday. But for now I’m sticking with bite-sized pieces that my mind can wrap itself around. I’ll leave the grand weaving to others who feel so inclined, and heartily cheer when they do it. It is no small task. My humble goal this month is to submit a short story I’ve written to the CBC Canada Writes Creative Non-Fiction Competition. All the previous winners seem to be legit published authors with actual credentials so my expectations are low, but that’s not a reason not to try!

So here’s to you, novelists: well done, well done indeed.

2 thoughts on “On the Writing of Novels”