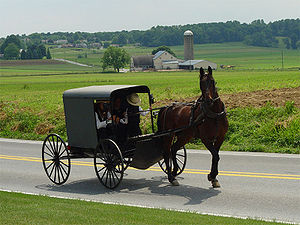 Do you love horse-drawn carriages and the sweet smell of manure wafting across the endless prairies? Do you long for the thrill of international espionage and counter-terrorism? Well thanks to me you won’t have to spend one single more candle-lit evening sitting at home and wondering how you’ll ever be able to reconcile these two passions…

Well that’s it, I’ve decided to throw my lot in with all those countless aspiring authors. The problem is: how to get noticed? How can one stand out of the crowd? Or conversely, how can one find a niche so nichey that one becomes a big fish in a very, very small pond? Well, as I was driving to Wal-Mart today to buy more Hot Wheels cars for mysel– I mean my son — I had the idea of a lifetime. Well actually I shouldn’t be quite so modest; it was the idea of a generation, an era, an eon. What if I could take a niche and niche it a little further? And then what if that new niche was actually a hybrid super-genre with massive public appeal? Well shoot if I haven’t gone and done it. 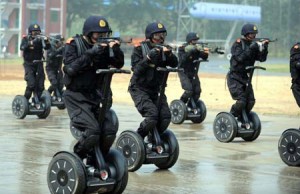 In fact it wasn’t terribly complicated – I simply combined the one genre that all Christians who are female and between the ages of 12 and 82 can’t resist: Amish Romance, with one of the hottest selling genres of all time. No, not vampires – someone beat me to the punch – I’m talking about the very first Amish Romance Geopolitical Terrorist Plot Thriller.

The title will be:

A Bomb in Her Bonnet

Synopsis: The incredible based-on-a-true-story story of a young Amish woman who rebels, heads to a massive city of twelve thousand people, and falls in love with a rebellious occasional drinker of alcoholic beverages who turns out to be a CIA spy who actually turns out to be a Middle-Eastern terrorist mastermind who forces this poor damsel to become the world’s first Amish Suicide Bomber by threatening her fourteen younger siblings with iPhones and Netflix accounts and similar forms of torture. She pretends to go along with the plot but secretly informs the police by way of carrier pigeon that she is indeed carrying a bomb in her bonnet. With the help of an extremely handsome, pious, and conservative police officer, she thwarts the threat and returns home on horseback and he proposes to her in the rain and they marry and have lots of children.

Scheduled for release in late March 2014, with sequels every six months afterwards, you may want to pre-order these puppies because they will sell faster than Twilight at a Justin Bieber concert.